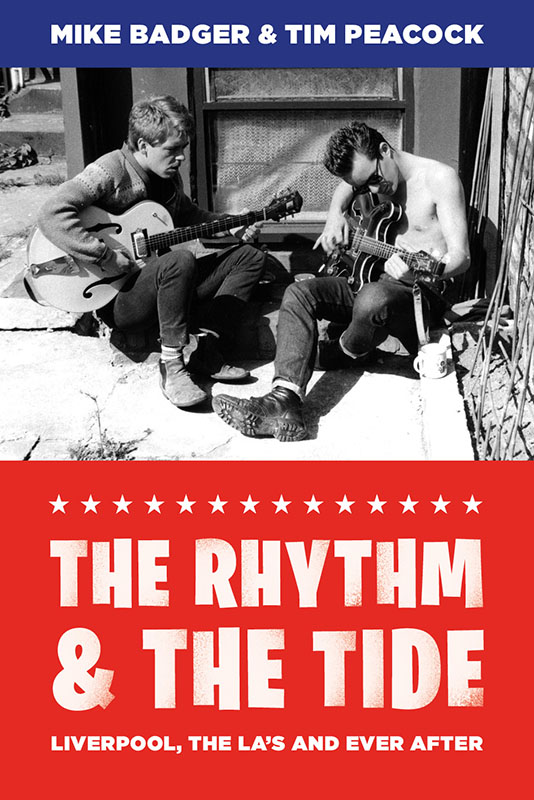 The Rhythm and The Tide : By Mike Badger and Tim Peacock

(Liverpool The La’s and Ever After)

Liverpool in the 1980s.  With prospects for the city’s youth bleak, an ill-fated scheme for unemployed musicians commenced, inadvertently shaping the future for members of Space, Cast and The Lightning Seeds, thus giving fresh impetus to the idea of song as a saviour for the city.

Spearheading this was The La’s, first they conquered their home town, and then on the brink of hitting the big time

(and eventually inspiring what would become Britpop) Badger quit to form Americana pioneers The Onset and find international recognition as a sculptor, before eventually co-founding Liverpool’s Viper record label (which has recently released its 100th album).

As well as featuring a host of Mersey Musicians and characters there are chance meetings with Captain Beefheart, Jonathan Richman, Adrian Henri and Frank Sidebottom to name a few but above all new insights are revealed into the great lost Liverpool band The La’s.

From the emergence of Punk and New-Wave in the 1970’s and on through to the acknowledgment of Liverpool as Cultural Capital some thirty years on. The Rhythm and the Tide is Mike Badger’s personal story as a restlessly creative individual, and a reflection on the ebb and flow of the music scene in the city that he loves.